Recently, a report took State Street Global Advisors to task for our refusal to support several gender diversity shareholder proxy resolutions. What the report didn’t tell you was that the company that brought you Fearless Girl and the SSGA Gender Diversity Index was actually proud to withhold its support for these proposals. Confused yet? Allow me to explain.

Certainly, proxy votes can get a company’s attention. However, when it comes to material performance issues, our metric at State Street Global Advisors is not how much paper companies are pushing or on how many resolutions we can vote for that include the word “diversity.” It’s how much progress companies are making. Do they provide equal pay for equal work? Do they disclose their workforce diversity? Do they have a strategy and goals to increase diversity?

The point is, even though we’ve voted against management over a thousand times on the issue, we don’t just automatically vote for every shareholder proposal that has the words “gender diversity” in it. While that may make for a nice headline — and certainly would allow us to avoid criticism — it wouldn’t actually drive the change we need.

For instance, at one communications company, we voted for a shareholder proposal to require diverse director nominees for every seat on the board because, candidly, we were not confident that they were committed to the issue. The company heard us loud and clear — and in the following year added their first woman to the board and articulated their plans for building an even more diverse board. So when the same proposal came up the next year, we abstained to recognize the progress made while communicating that there was still more work to be done.

Often, we give companies that pledge to make change the time they need to implement the change but then hold them accountable if they don’t follow through. This was the case when one financial services company fell well below our expectations to disclose key workforce diversity data. In year one we voted to abstain on the proposal but supported it in the following year, when disclosure didn’t improve.

Our “carrot and stick” approach to asset stewardship has been successful. Since the launch of the Fearless Girl campaign just two years ago, 423 companies have added their first woman to their boards, and another 22 are committed to doing so. Not only that, but since 2014 more than 350 companies have refreshed their boards, lowering the average tenure of U.S. board directors in the US. And after becoming the first large investor to support shareholder climate proposals in 2016 following engagements on the issue, we are seeing similar positive results.

None of this progress would have been possible without using both our voice — engaging directly with company management — as well as our vote.

But sometimes using our vote sends precisely the wrong message — particularly when the company is already taking significant action to address the problem.

A few years ago, a shareholder proposal would have required a different financial services company to disclose the ratio of median male to female pay. This company was already included in our SSGA Gender Diversity Index because it was outperforming others in its sector with respect to gender diversity at senior leadership level. And having engaged them directly, we knew the company already had a global plan to ensure that men and women receive equal pay for equal work.

As important, they had launched a diversity website that publicly disclosed a robust set of metrics on workforce demographics and the strategies they were employing to improve diversity. For us, this was important because investors could make an informed decision for themselves.

So we didn’t hesitate to vote against that proposal. Why require an industry leader on gender diversity and equal pay to report on something when they already have a plan they are executing to address the issue?

And certainly, we were hardly alone in holding that view — ultimately, the proposal received less than 1-in-10 shareholder votes.

Making progress and having an impact is what counts — and we’ll be holding companies and ourselves accountable on these issues in the months and years ahead.

Not just during proxy season.

The views expressed in this material are the views of Rakhi Kumar through the period ended 4/4/2019 and are subject to change based on market and other conditions. This document contains certain statements that may be deemed forward-looking statements. Please note that any such statements are not guarantees of any future performance and actual results or developments may differ materially from those projected.

The information provided does not constitute investment advice and it should not be relied on as such. It does not take into account any investor's particular investment objectives, strategies, tax status or investment horizon.  You should consult your tax and financial advisor. 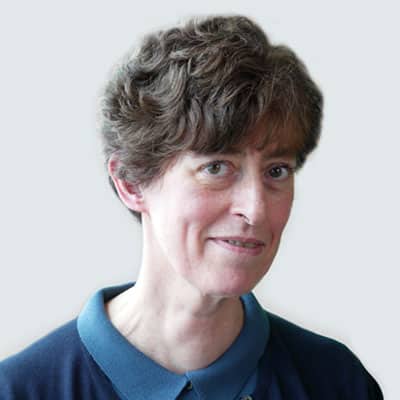 Esther is a Managing Director at State Street Global Advisors. She works as a Portfolio Manager in Active Equities and co-manages the Global Select Equity portfolio.
Read Full Bio