Chris Gardner on HappYness and Your Financial Future 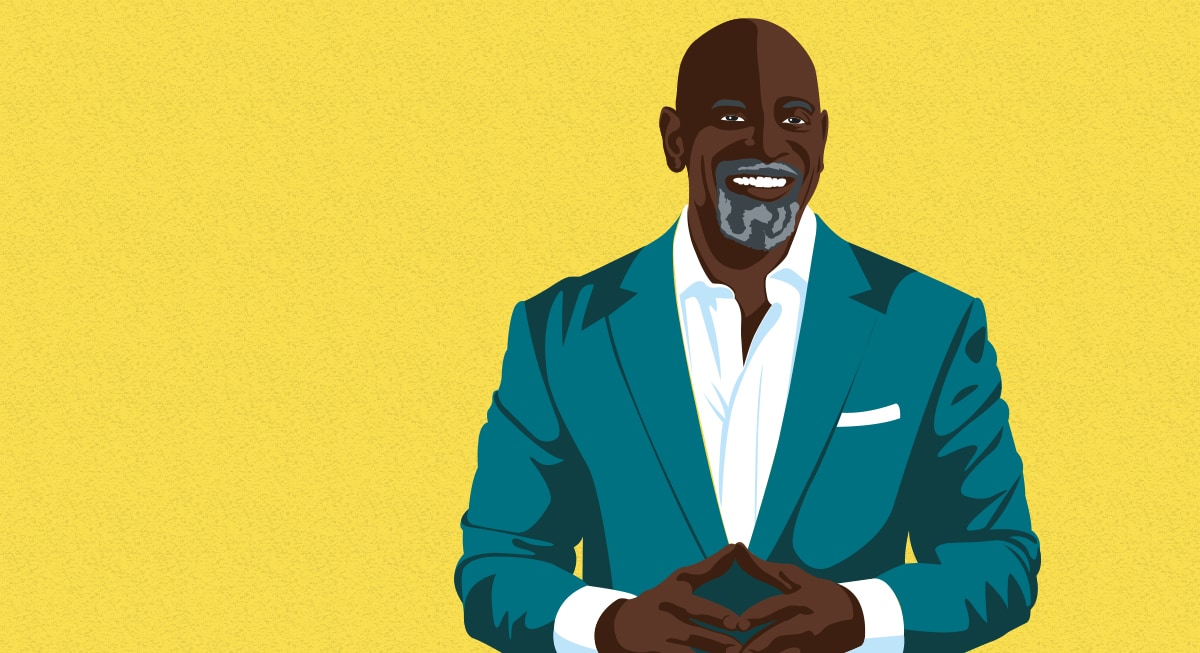 The major motion picture The Pursuit of Happyness, starring Will Smith, was released in December 2006 and featured a slice of Chris Gardner’s life — one that has left an indelible mark. In the early 1980s, Chris was a homeless, single father in San Francisco working to change his circumstances. The movie follows his acceptance into a highly competitive, unpaid internship program at the now-defunct Dean Witter stock brokerage firm. Top performers would receive an offer for a full-time position. Chris calculated his return on investment and decided to go all in. In the office, he worked to set himself apart; outside of it, he shuttled his young son between homeless shelters and public spaces for refuge at night.

As Hollywood endings go, Chris got the job, enjoyed a successful career as a financial advisor and has become a globally renowned speaker, traveling to 80 countries and focusing on financial literacy and empowerment issues. This February, shortly after Chris addressed the United Nations in New York about ending global homelessness, he spoke with us about his journey from here to there — as well as the lessons we can all take from looking within oneself to mine strength and accountability in the face of adversity.

“How did I get here? I drove myself here,” Chris says of his experience with homelessness, “And I knew only I could drive myself out of here.”

HappYness with a Y

Chris describes himself as the CEO of HappYness, a word he spells with a Y because he believes that happYness starts with you. It’s a mantra, an individual philosophy, a global pursuit. Aligned with the canon of self-help ideals, happYness is about taking responsibility, getting smart about the monetary issues that affect your family’s well-being, and putting your financial house in order. Owning your fiscal well-being requires the same discipline and consistency as committing to your physical health. It’s a long game, but it’s vital. It’s also an individualized endeavor. No physical body, family unit or personal wealth portrait is quite the same, suggesting that each definition of happYness is unique to you. The duty of staying vigilant about the issues and outcomes impacting your financial well-being is daunting — but no one said it was going to be easy — and Chris has faith in You.

A Different Kind of Jazz

Chris didn’t always aspire to a career in financial services. Music was his first love.

“I just knew I was going to be Miles Davis. I just knew it. But it was my mom who said, ‘Son, there’s only one Miles Davis, and he’s got that job. You’ve got to be Chris Gardner.’”

Chris looked to do something that provoked the same passion and purpose that music did. As he tells it, the day he spotted Bob Bridges in his red Ferrari on the streets of San Francisco, he started to envision a new path. Bob worked at a boutique investment banking firm, and the two struck up a conversation about cars that led to career, “I asked him two very important questions,” Chris says: “What do you do, and how do you do it?” This early encounter led to an important mentorship and entre to Chris’s life-changing internship.

“I walked into a big-time Wall Street trading room and knew this is where I’m supposed to be.”

In those days, with phones ringing out of their cradles and people shouting orders across the room, the casual observer could tell what was happening in the market by the energy in the room. It was electric. And while it wasn’t actual jazz, the trading floor was its own chaotic concerto — and Chris was eager to be the conductor.

After a year at Dean Witter and four at Bear Stearns, Chris went on to start his own financial advisory firm, Gardner, Rich & Company, where he thrived for 30 years.

After leaving the firm to begin his journey as the CEO of HappYness, Chris has gone back to the two questions that launched his financial services career: What do you do, and how do you do it? He believes that there is a version of those questions that individuals should be asking themselves with regard to their financial lives: What do I want, and how am I going to make it happen? This notion of personal responsibility is both the foundation of happYness and the requirement of retirement readiness today.

It’s a familiar story: People are living longer, pensions are waning, some but not all employers offer retirement savings plans, and Social Security is not a limitless entitlement. Despite recent policy strides like the SECURE Act, Americans’ retirement security is at risk. Even those who are employed, with access to a savings plan and participation in it, often aren’t saving enough due to impeding expenses, such as student debt and health-care costs. To everyone, Chris says, “Until we all embrace our own responsibility for our retirement, we’re all vulnerable.”

That was before the coronavirus crisis.

During Chris’s February 2020 United Nations address, he made the point that a single, seismic “economic gyration” could financially derail millions of people. It was a prescient statement, given that COVID-19 was still a flicker, not yet a consuming conflagration, on the American landscape. Now more than ever, people need to take ownership of an uncertain future. Chris recommends that individuals, employers and financial advisors get smart about a range of available strategies, including annuity-anchored retirement income solutions: “Consider every tool in the toolbox, including an annuity, as you plan for financial security — for you and your family.”

Chris also made mention of the demographic impacts caused by an economic disruption, saying that working women were the population most vulnerable to financial upheaval. This assessment has been echoed by research citing their susceptibility either because women are more likely than men to be low-wage and part-time workers or because of the perception that a woman’s income is supplemental, not essential, to household expenses.i Related to issues of job security, women have long had unique challenges with retirement savings, earning less than men (and therefore saving less) and having portions of their career (and stretches of saving opportunity) interrupted by family care — responsibilities women assume more often than men.ii Women have also been disproportionately affected by layoffs associated with the pandemic, accounting for 55% of total job loss (20.5 million jobs) from March to May 2020. The number of women who lost jobs is greater than the number of jobs women gained between the Great Recession of 2008 and February 2020.iii

Chris Gardner’s comments earlier this year may seem uncanny, but for him, thinking several steps ahead is all part of the happYness experience. Employers, individuals and the financial advisors who serve them should be similarly future-focused, identifying financial vulnerabilities and using those gaps as guiding objectives for retirement planning. For those for whom the hurdles are particularly high, Chris says, “You just have to be smarter. Period.” And by smarter, he means prepared.

When asked about his own plans for retirement, Chris says that there is too much to be done to consider slowing down. Besides, this is his “JFK moment,” he says, referencing President John F. Kennedy’s entreaty during his 1961 inaugural address: “Ask not what your country can do for you, but what you can do for your country.” For Chris, this is his opportunity “to empower young people and working people to claim responsibility of their futures. That’s a job that’s never going to be done. That’s a big job.”

It’s also a job that, if done with care, could better the next generation’s relationship with personal finance, overturning staggering statics — including 70% of Americans being financially illiterateiv — and making for a stronger nation. According to Chris, who has spoken to thousands of students whom he describes as hungry for answers, it’s a job with a receptive market. “They want someone to sit down and talk with them about the consequences of decisions that they’re making right now, life decisions as well as savings decisions.” From education to entrepreneurship to home ownership, young people are seeking guidance across an uncharted American landscape. But Chris believes this rising generation is ready for the road ahead.

“This is a generation conceived in a storm, exposed as children watching their families’ lives change during the Great Recession and inundated as a young adults confronting a global pandemic and social injustice. They are uniquely prepared to handle volatility and harness it for good.”

By definition, the future is uncertain, but in today’s world, it can feel like there is more that we don’t know than do. Chris counsels that unknowing shouldn’t be defeating; it should be an opportunity to return to those two critical questions: What do I want, and how am I going to make it happen?

Now is the time to make a plan for the future we want. Let’s use this period of upheaval as an opportunity to see differently, these dormant days as space to strategize for the years ahead. Because while we may not all be able to play the trumpet like Miles, it is our responsibility to find our place in the shared symphony, contributing to it while also composing our solos.

iii CNBC.com, “Coronavirus job losses are impacting everyone, but women are taking a harder hit than men,” https://www.cnbc.com/2020/05/14/coronavirus-job-losses-disproportionately-impact-women.html.

Unless otherwise noted, the opinions of Chris Gardner are not necessarily those of State Street. He is not employed by State Street but may receive compensation from State Street for his services. Views and opinions are subject to change at any time based on market and other conditions.