Investor Sentiment: Between Hope and Fear

This data captures behavioral trends across tens of thousands of portfolios and is estimated to capture just over 10% of outstanding fixed income securities globally. 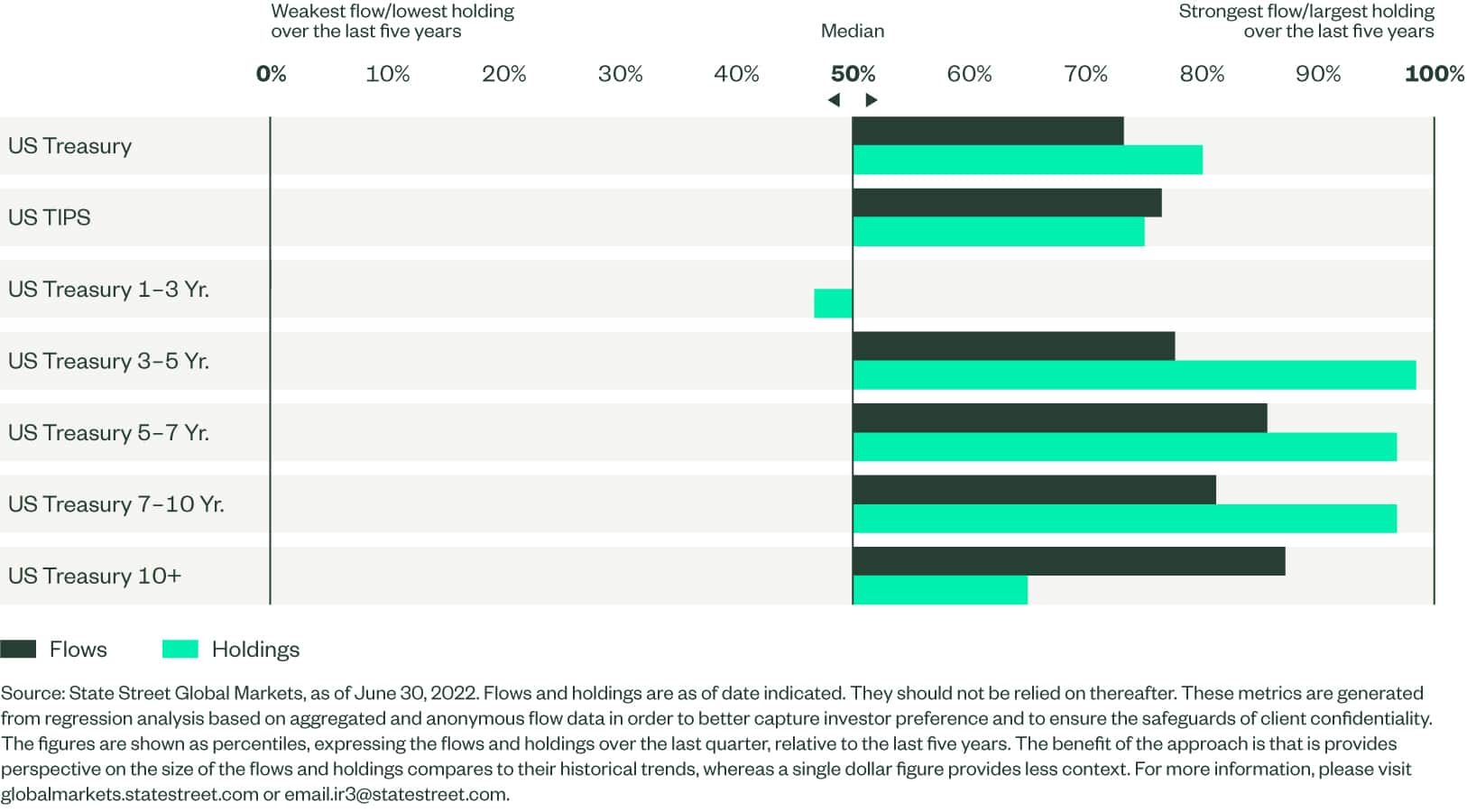 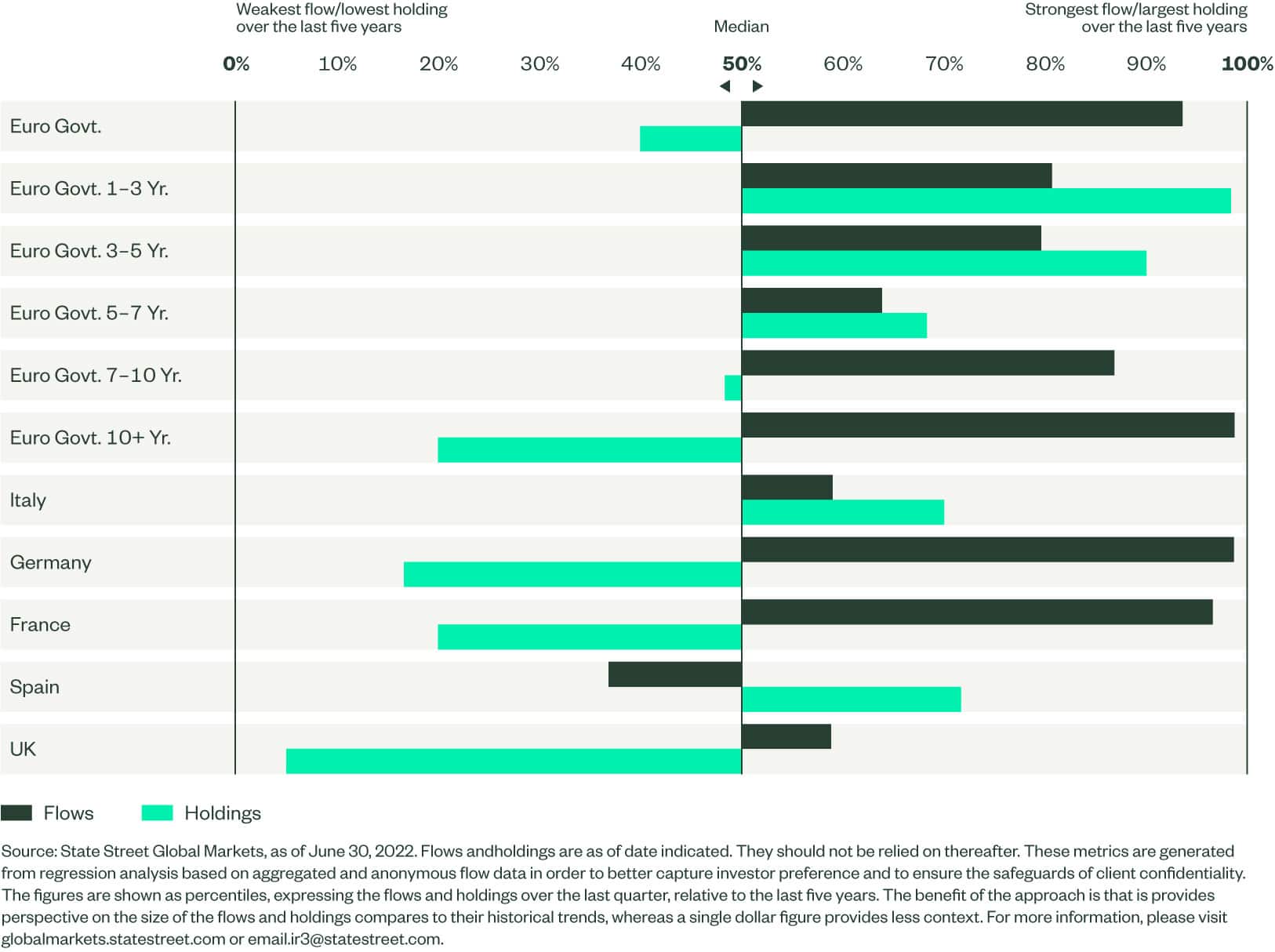 As we close out one of the most volatile periods for financial markets with simultaneous losses for both stocks and bonds, inflation is the clear culprit. Surging prices globally required central banks to play catch-up after insisting that prices would normalize naturally. That did not happen, and our PriceStats® reading of global inflation at 6.75% is confirmation of what we are facing. While it has been convenient to blame inflation on the war in Ukraine, there have been growing signs that price gains are spreading beyond just those goods impacted by the war and COVID-19 reopening challenges, with decades-high core inflation pushing consumer expectations higher.

This brewing storm proved too much for the central banks to ignore, and they finally admitted what the market has been saying — specifically, that financial conditions needed to be tightened in order to tame prices. To be fair, emerging market central bankers have been aggressively raising rates for well over a year and raised rates by another nine percentage points in the past quarter. The developed market (DM) banks finally arrived at the party, fashionably late, increasing their policy rates by 550 basis points. Since the start of the year, the 50 percentage points of rate hikes is by far the largest quarterly move in global central bank tightening since the 2000s. Given that some have just started the hiking process (the Reserve Bank of Australia and Riksbank), while others have yet to begin (the European Central Bank), the pace will only quicken for the largest central banks over the next few quarters, with an additional 1,500 bps of hikes still expected over the next year.

This aggressive schedule has raised the recessionary prospects for a number of countries, with indicators like the 2s10s US Treasury curve at or near inverting. Recessions are not the base case for the central banks, however, which continue to suggest that a soft landing is still possible, even as the markets become increasingly skeptical of that claim. Plummeting consumer confidence readings, warnings from large retailers and weakening retail sales all bolster the concerns of those expecting a recession. In contrast, and in defense of the monetary authorities, most recession prediction models are still signaling low odds of a recession over the next year, although it may just be a matter of timing.

Then there is the question of whether any of this will work at all given the exogenous factors driving many of the price gains, especially rising food and fuel costs. The combination of slowing growth, which is already reflected in lowered 2022/2023 projections, with still untamed inflation is, by definition, stagflation — the worst possible outcome for markets and economies. And while we find that outcome to be unlikely, it simply adds to market concerns that are vacillating between mild- and hard-landing scenarios.

Therefore it’s no surprise that asset valuations have struggled with their worst quarter and semi-annual period in decades. The accelerating underperformance of corporate assets, from stocks to bonds, is a sign of growing recession concerns, with many valuation measures now just returning to long-term averages, rather than full capitulation. State Street’s investor behavior data is signaling these ongoing concerns, but also shows hope that the worst can be avoided. Our high-level measures of investor sentiment are defensive, but have clawed back from decade-low readings of risk aversion according to our Behavioral Risk Scorecard. As this quarter’s Bond Compass will show, institutional investors are taking a nuanced approach to their positioning, reflecting both hope and fear. PriceStats, our real-time measure of online inflation, is showing that price gains have continued and it is too early to declare victory in the fight against corrosive prices, which will keep central banks active and the investment landscape volatile.

Demand for Inflation and Recession Protection

While inflation has been the primary factor driving the Treasury market this year, concerns over runaway prices have recently shared the spotlight with increasing growth concerns. The aggressive Federal Reserve pivot, with the dot plot now expecting up to 100 bps of restrictive policy within the next year, raises the real specter of a policy mistake. While this would normally cause bond investors to anticipate rate cuts as the next turn for monetary policy, it is far too early to signal an “all clear” on the inflation front. As a result, while we have seen Treasury prices improve recently, the curve remains very flat, but not inverted. This has resulted in a slight easing of inflation expectations, although our investor behavior data continues to show that demand for inflation protection remains high. Our real money flows encapsulate this environment, with overall Treasury demand improving from moderate selling to strong buying over the past quarter. At the same time, flows into Treasury Inflation-Protected Securities have remained robust, a signal that inflation protection remains as much of a concern for investors as it was near the start of the year.

While the European Central Bank (ECB) was late to the hawkish bash hosted by most of the DM central banks, it is making a fashionably late, albeit no less grand, entrance as it sets up for its first rate hike in over a decade. If market pricing is correct, we may see a positive ECB rate before the summer is over, with expectations that Europe’s inflation situation requires at least one 50 bps hike during its next two meetings. The repricing of yields at the individual country level has been no less spectacular, with 10-year German Bund yields recently peaking at over 1.7% after starting the year well in negative territory. In light of this aggressive pivot, overall demand for European government bonds has been weak this quarter. However, they have recently picked up as recession fears and a bid for safe assets has pushed investor flows back into a strong buying position. Fears of fragmenting the eurozone during a period of monetary tightening have started to grip markets. However, attempts to stabilize the ECB’s massive balance sheet are disproportionately negatively impacting demand for Italian BTPs. From an investor behavior perspective, we have seen a rapid decline in demand for periphery debt, even as overall eurozone flows remain positive. And while concerns over the convertibility of the common currency are less acute relative to the 2015 European government bond crisis, we suspect that investor demand for periphery bonds will remain cool until a comprehensive plan regarding controlling BTP spreads is presented.

Keeping it Safe in Credit

It has been a challenging quarter for all bond buyers, including credit investors who were led lower by the high yield sector despite its 300-400 bps coupon advantage. Spread widening has repriced option-adjusted spread (OAS) levels to above pre-pandemic 10-year averages, although they remain well below the peak panic levels of 2002, 2008, 2015 and 2020. Ironically, recent losses have not come with a significant rise in default rates, with corporate earnings remaining relatively stable as excess consumer demand provides companies with pricing power. Just how long this can last in the face of rising recession risk is the main question facing credit investors as they prepare for another volatile quarter. Increasingly, it has been the weakest borrowers that have borne the brunt of investor concerns, with primary market activity remaining active for better rated credits, while high yield borrowers are increasingly shut out from selling new issues. From an investor behavior perspective, the overall weakness in credit flows is starting to show some life for investment-grade borrowers, with credit flows nearing neutral after spending the better part of the year in liquidation territory. The same cannot be said for high yield or European credits, as their flows remain among the weakest we have seen in our investor data set over the past five years. Continued recession concerns are likely to limit high yield demand, while the start of the ECB’s tightening process creates additional concern as the biggest buyer of European corporate bonds is now moving to the sidelines.

Fixed Income
A type of investing, usually involving bills, notes or bonds, for which real return rates or periodic income is received at regular intervals and at reasonably predictable levels. Fixed income can also refer to a budgeting style that is based on fixed pension payments.

Inflation
An overall increase in the prices of an economy’s goods and services during a given period, translating to a loss in purchasing power per unit of currency. Inflation generally occurs when growth of the money supply outpaces growth of the economy. Central banks attempt to limit inflation, and avoid deflation, in order to keep the economy running smoothly.

The views expressed in this material are the views of State Street Global Advisors through the period ended June 30, 2022, and are subject to change based on market and other conditions. This document contains certain statements that may be deemed forward-looking statements. Please note that any such statements are not guarantees of any future performance and actual results or developments may differ materially from those projected.

All information has been obtained from sources believed to be reliable, but its accuracy is not guaranteed. There is no representation or warranty as to the current accuracy, reliability or completeness of, nor liability for decisions based on, such information and it should not be relied on as such.

Investments in emerging or developing markets may be more volatile and less liquid than investments in developed markets and may involve exposure to economic structures that are generally less diverse and mature and to political systems that have less stability than those of more developed countries.
Investing involves risk, including the risk of loss of principal.