China’s financial markets managed to hold up reasonably well compared with their global counterparts as of end-May. For instance, Chinese equities outperformed other regional equities in the first four months of the year. In May, increased tensions between the United States (US) and China led to a slight underperformance of China relative to the US. However, MSCI China's year-to-date returns have been much better compared with its European, Pacific or emerging market (EM) peers. Additionally, MSCI China's volatility (rolling 60-day annualized volatility) remained lower at around 19% compared with around 33% for the US, 31% for Europe, 22% for EM and 24% for Pacific as of end-May. 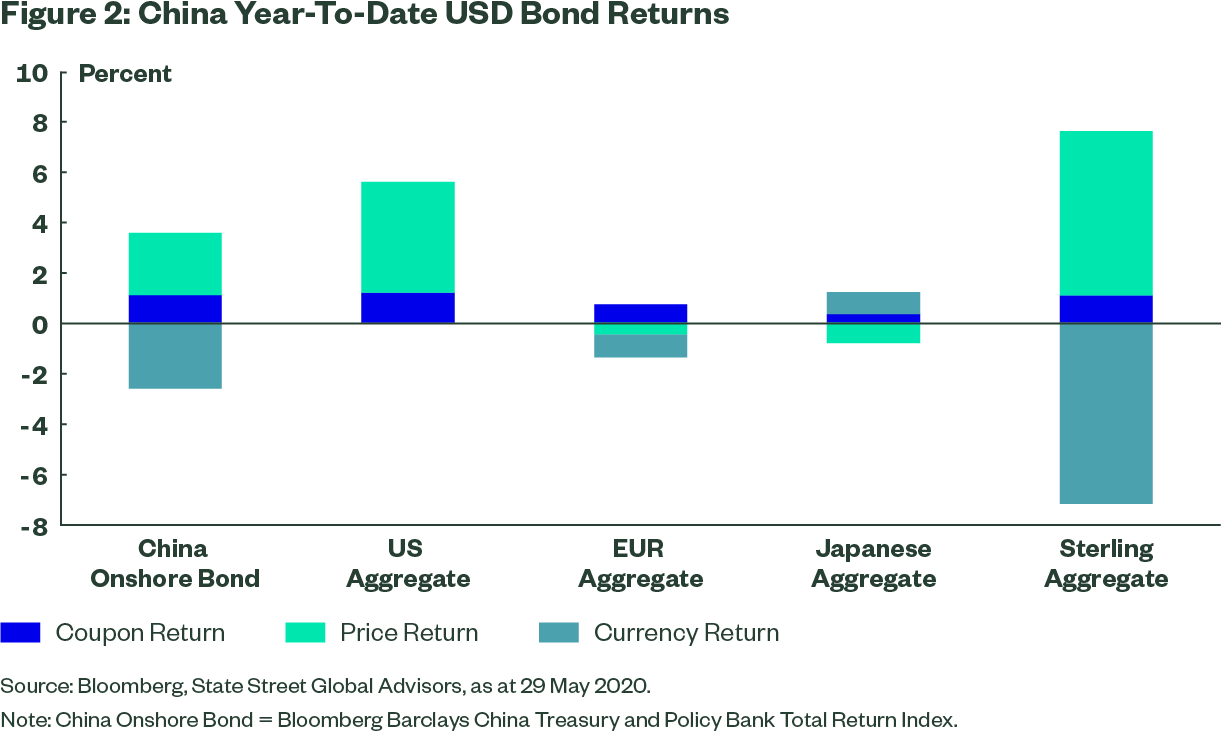 Since earnings are a moving target these days, assessing equity valuations has proved to be challenging. However, if we look at the 12M forward P/E ratios across markets and their ranges, we find that Chinese stocks are trading slightly above their 10-year median while most other developed markets show stocks trading at the top end of the range (the exception being MSCI Pacific). This provides China with a little more wiggle room valuation-wise as earnings estimates get adjusted when analysts gain more insight into the medium- and long-term impact on companies from the pandemic-induced economic dislocations.