Negative Interest Rates in the UK: Implications for Banks

On 4 February 2020, the Prudential Regulation Authority (PRA), the United Kingdom’s financial services regulatory body, published a Dear CEO letter highlighting that it would take about six months for banks to be operationally ready to implement zero or negative interest rates. This sparked some questions regarding the Bank of England’s monetary policy stance and the potential impact that the negative rates could have on banks and asset owners of banking stocks.

Why is the BoE Contemplating Negative Rates?

Since the publication of the Bank of England’s (BoE) monetary policy report on 5 November 2020, the COVID-19 crisis has seen not only positive developments through the approval of a number of vaccines but also negative effects of stricter lockdown measures due to the emergence of new variants. Consequently, the economic outlook for the United Kingdom (UK) remains highly uncertain and the pandemic’s effects should weigh on the country’s activity over 2021 as a whole by somewhat more than in the November projections.

The UK has also moved to a new trade agreement with the European Union (EU) starting 1 January 2021. In its February report, the BoE’s Monetary Policy Committee (MPC) laid out its assumption that the UK’s trade is expected to be around 10.5% lower in the long run under the new agreement with the EU. Taken together, the MPC expects the UK’s GDP to rise by 5% in 2021 versus 7.25% projected in the November report. The last BoE meeting on 4 February pointed to a more pessimistic stance toward growth and assumed a more dovish stance than what the market expected, which led to a sell-off in UK government bond yields.

The BoE clearly wants to have its tool kit ready if the economic data were to point toward the need for additional policy support. There are divergent views on whether negative interest rates boost economic growth or not. A speech given by an external MPC member, Silvana Tenreyro, set out a view that this has worked effectively in other countries through standard cost of capital and exchange rate mechanisms, which have led to higher consumption and investments. 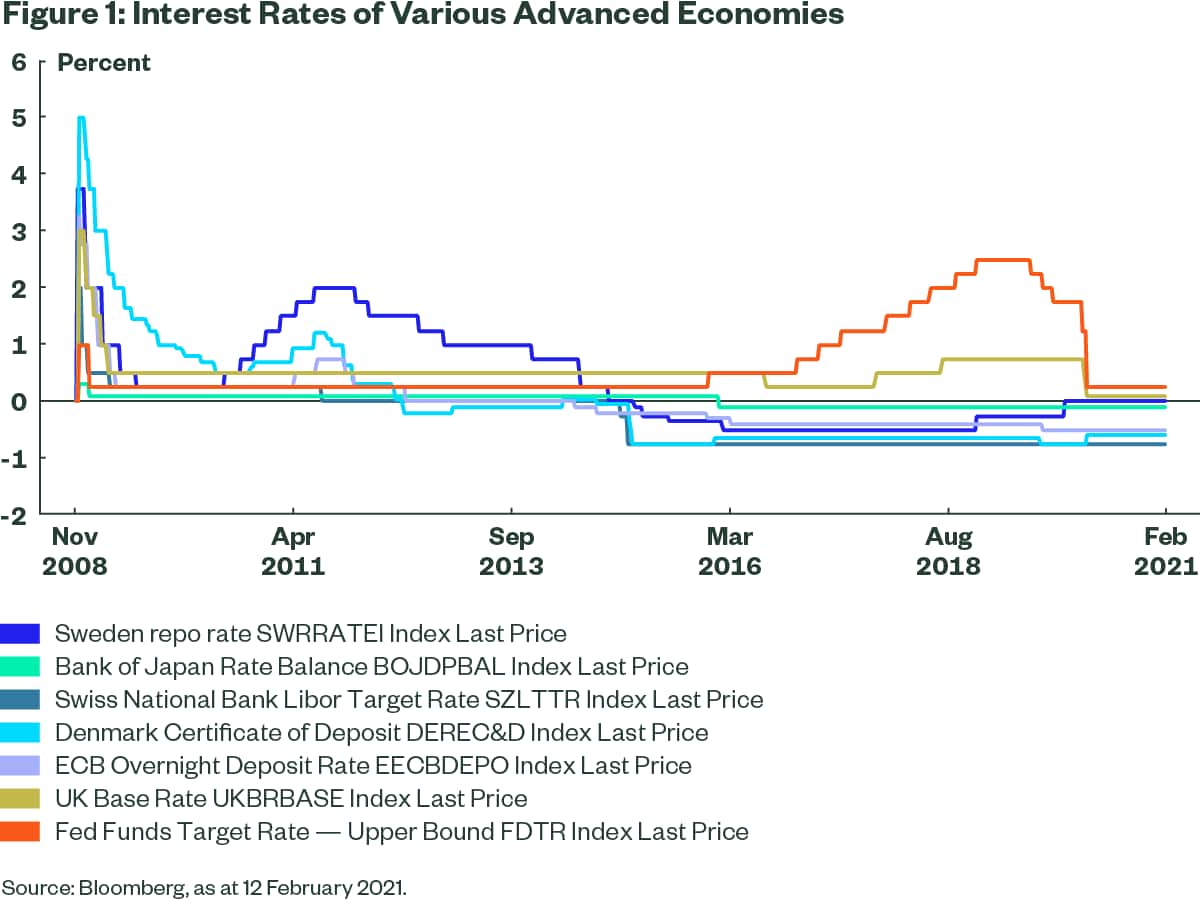 The European Central Bank (ECB) has taken the stance that negative rates have not hurt bank profitability and have instead served to avoid a worsening of economic conditions, which would have led to increased asset quality issues. In the event of negative rates, there are ways that could be adopted to mitigate the impact they can have on banks’ profits. For example, in many cases, some portion of banks’ reserves have been exempted from negative rates (tiering), while the ECB’s Long Term Refinancing Operations have helped to lower banks’ funding costs i.

Nonetheless, it is evident that banks have faced downward pressure on loan rates and have not been able to pass on this decline to retail deposit rates, except for large accounts – namely large corporates. Consequently, margins have been under pressure leading to depressed return-on-equity levels. This in turn has pushed valuations (price-to-book value) to unprecedently low levels. 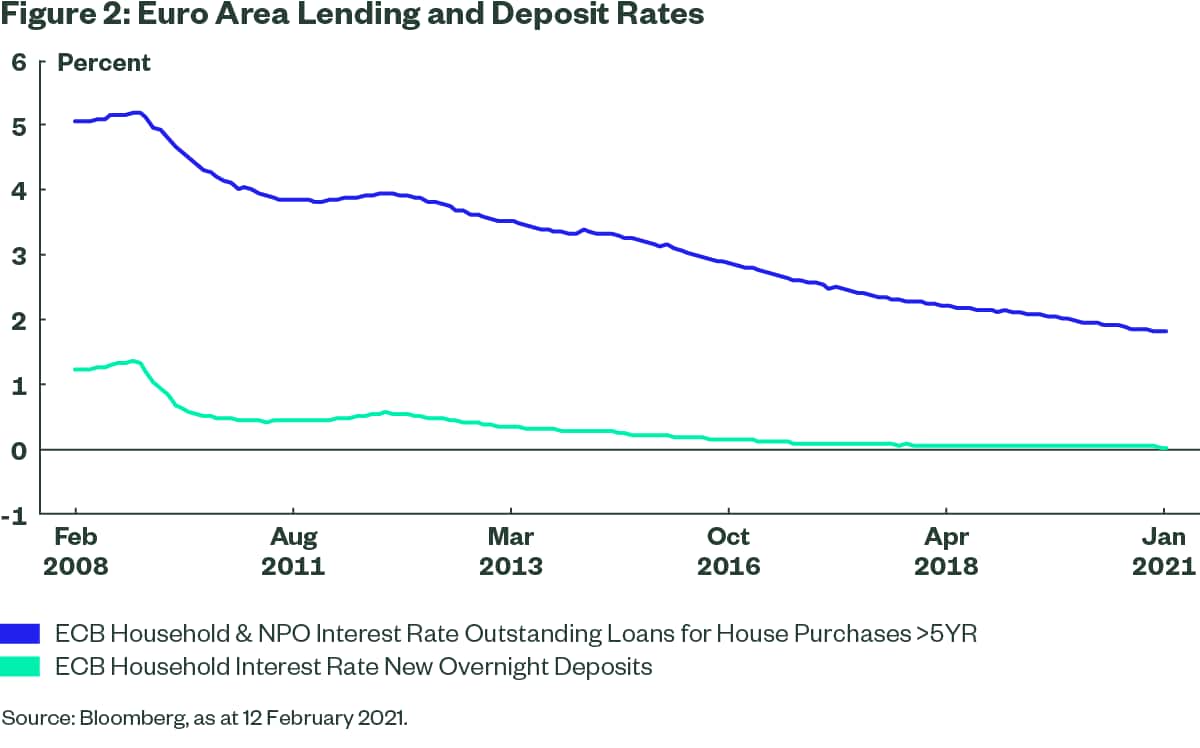 Overall, European financials have suffered depressed valuations and while it is difficult to directly link this to negative rates, this causality has certainly been used. If the BoE follows in this direction, it would be deemed as unfavorable for the prospects of the financial sector. But the outlook of individual banking institutions would vary based on the underlying business mix and management actions to control costs. We continue to assess the fundamentals of banks to determine whether the strength of the underlying earnings power, based on franchise value and competitive positioning, provides above-industry growth prospects.

iFrom a regulatory perspective, adequate banking profitability is relevant for the smooth provisioning of credit to the economy, through the ability to attract capital from investors for financial stability. See Admati, A., & Hellwig, M. (2014). The Bankers' New Clothes: What's Wrong With Banking and What to Do About It. Princeton University Press.

The views expressed in this material are the views of Viki Farmaki through 15 February 2021 and are subject to change based on market and other conditions. This document contains certain statements that may be deemed forward looking statements. Please note that any such statements are not guarantees of any future performance and actual results or developments may differ materially from those projected.